The NI TestStand ATML Toolkit is integrated with ATML Pad through a plug-in, using the standard ATML Test Description format. ATML Pad invokes the translator on the model that is currently loaded. The translator generates the test program and opens the generated sequence file in TestStand.

The following example shows an ATML Test Description project in ATML Pad, followed by the NI TestStand Sequence and a LabWindows™/CVI code module produced by running the plugin. 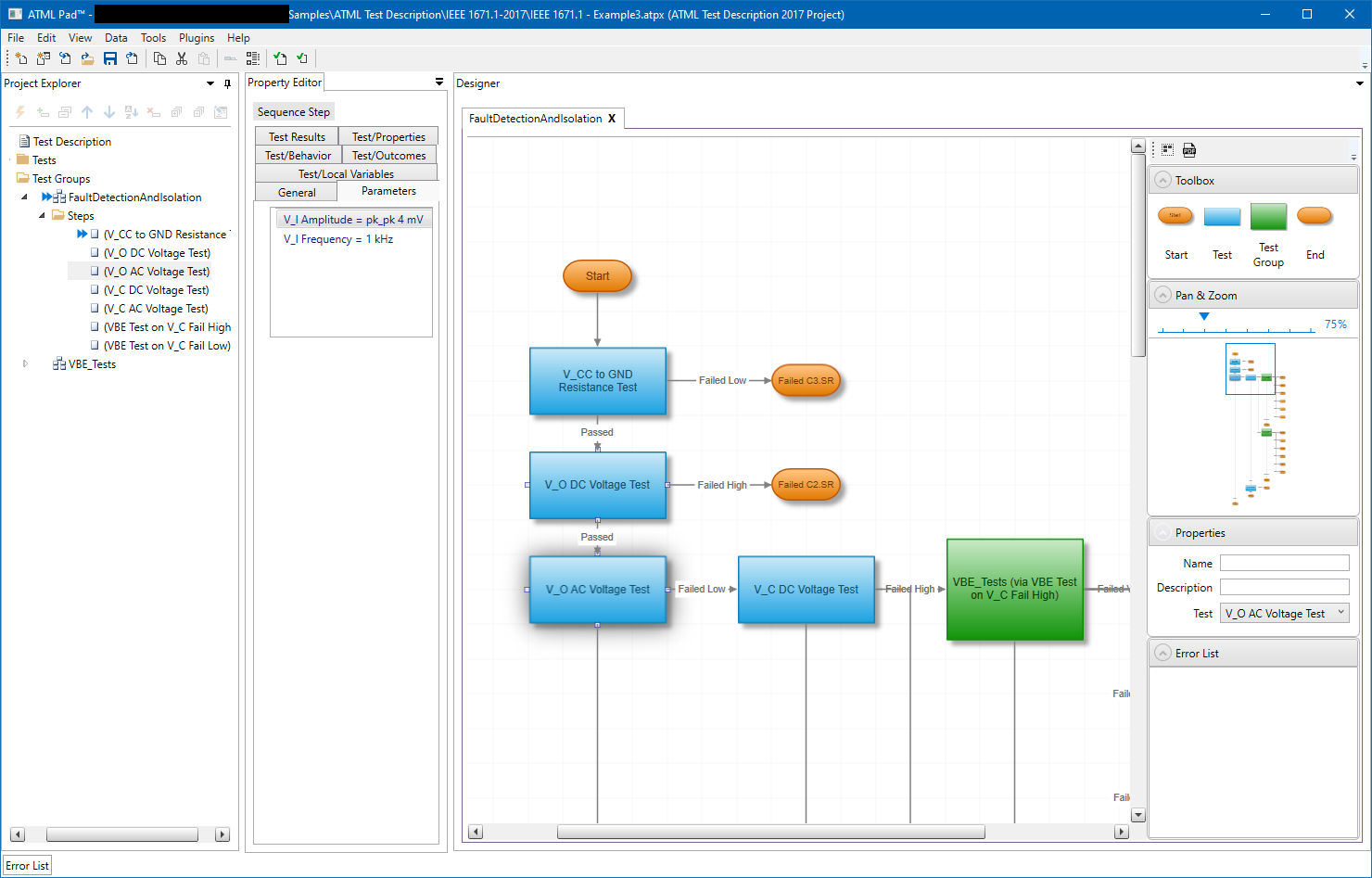 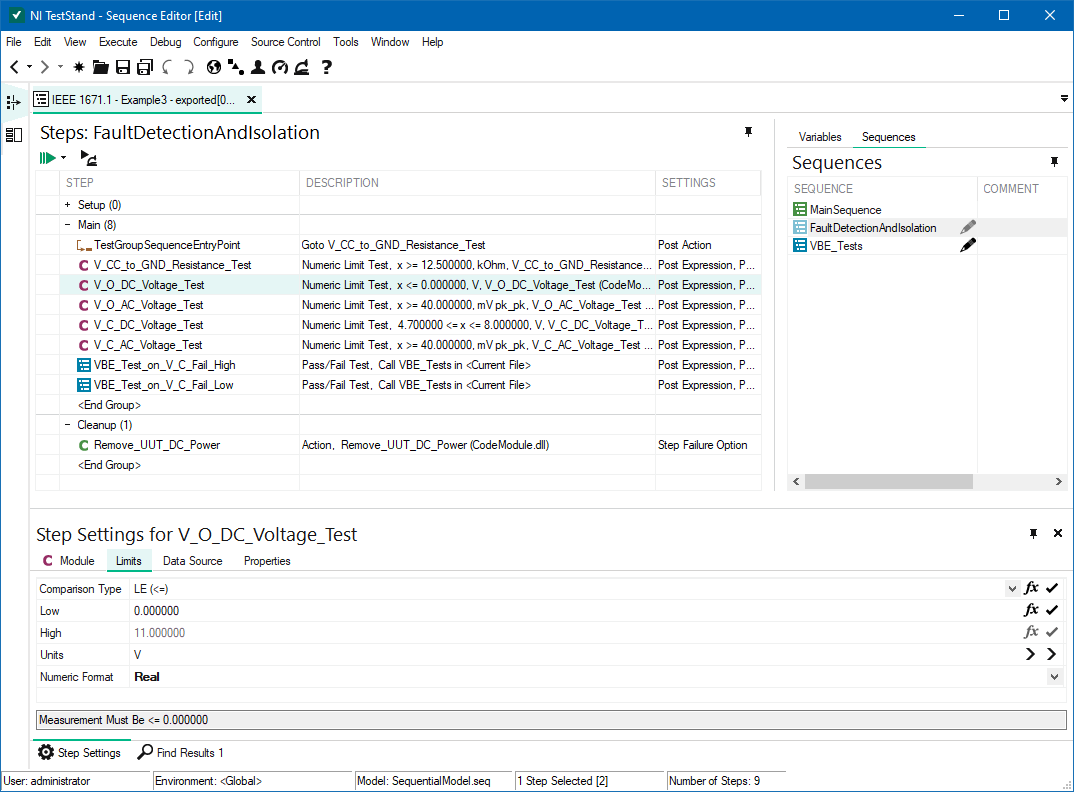 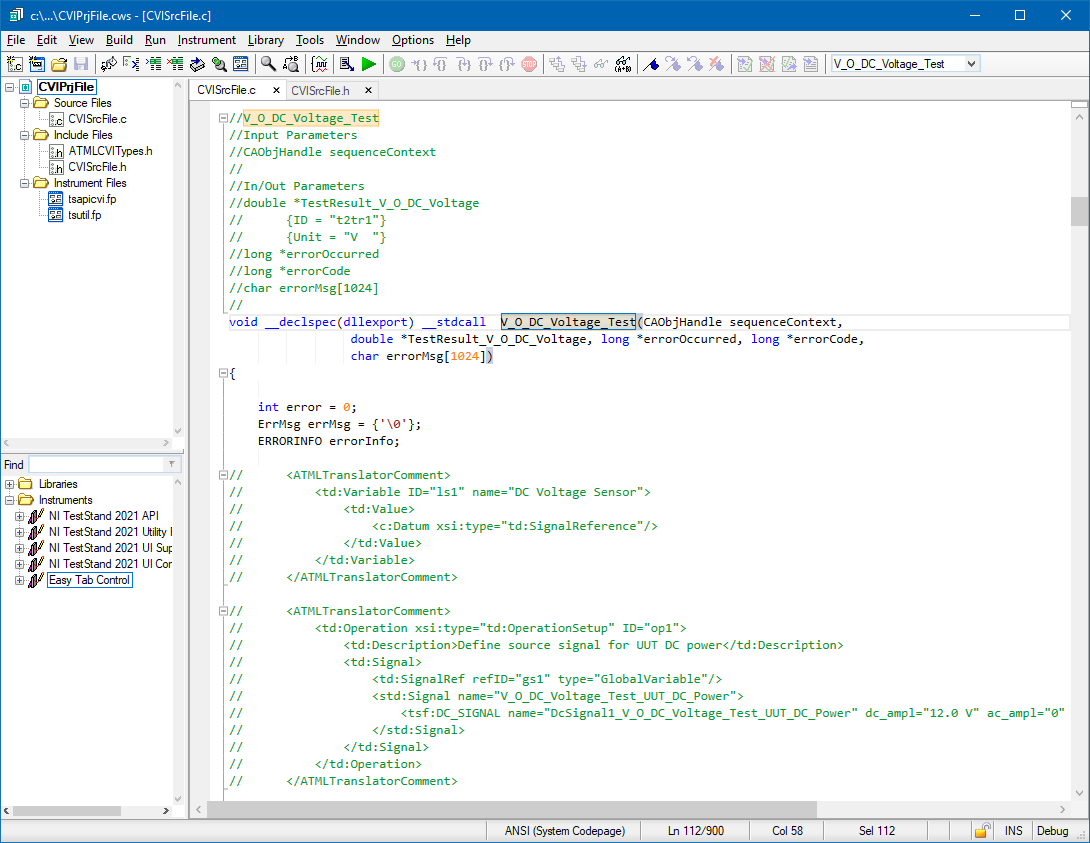 The default conversion process supported by the Test Description Translator is as follows: 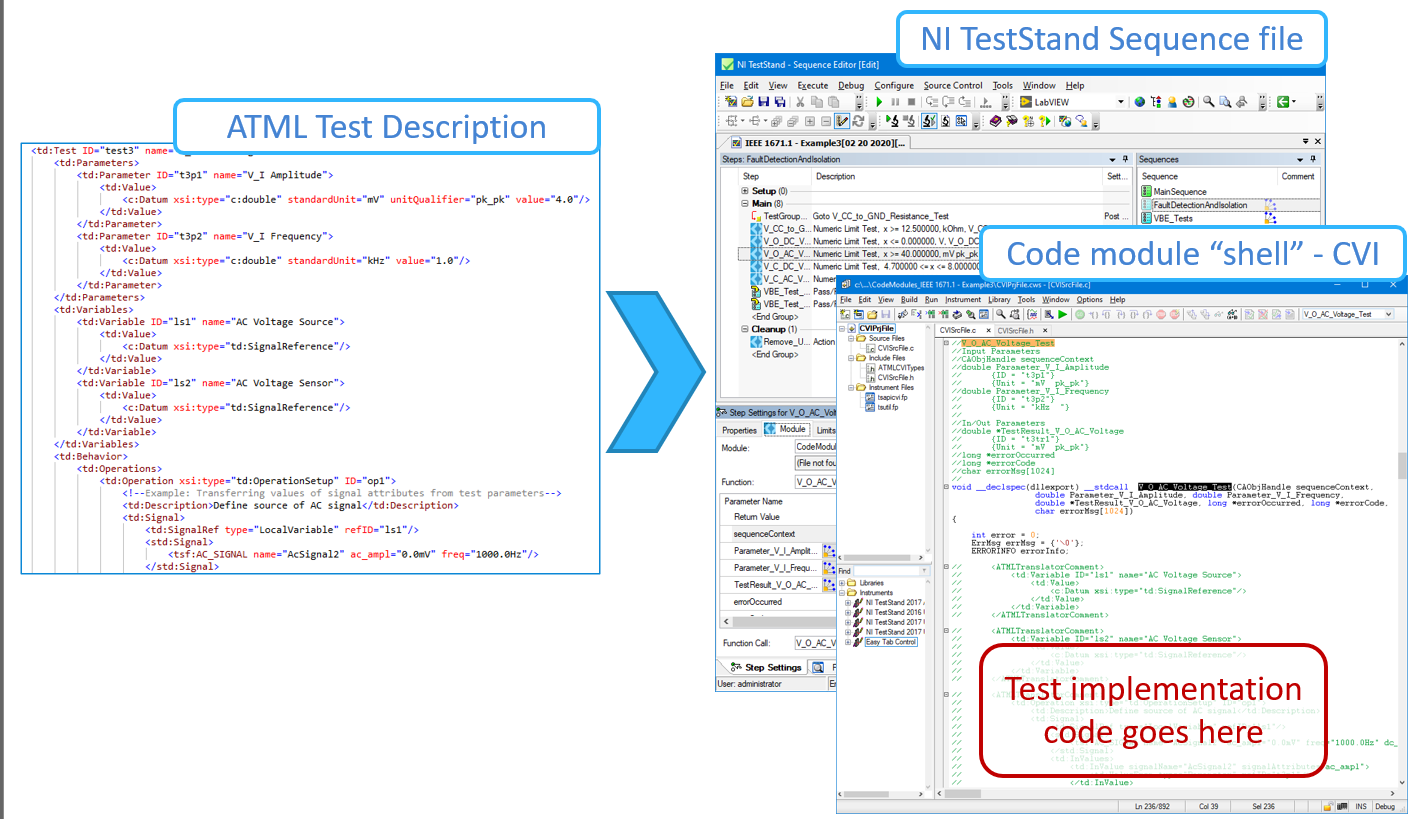 The translation process can be enhanced by developing custom code generators.

The custom code generator translates test behavior information (usually Operations, but can be a custom format) into source code implementing that behavior. 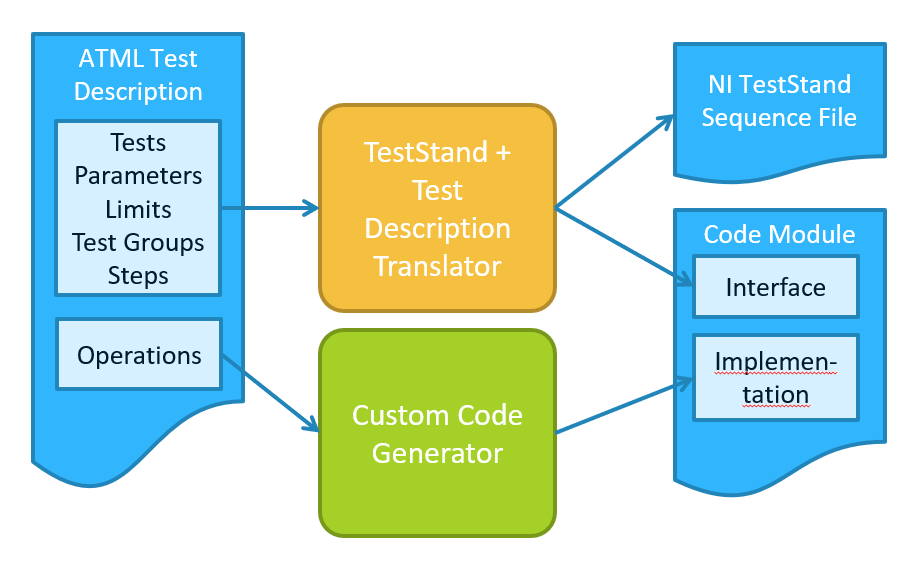 Depending on the target ATS platform, the auto-generated code will contain: 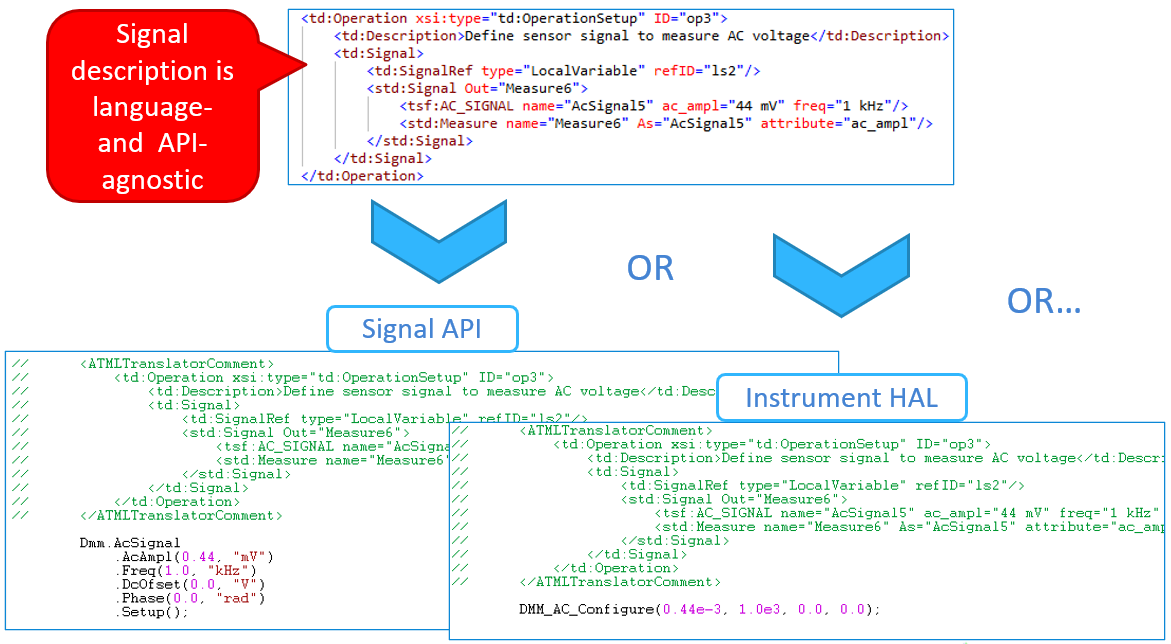 A solution based on IEEE 1641 TPL inserts is implemented in the OSA-RTS: