The form-based editor of ATML Pad can be used to describe the order of Step execution in “Sequence” Test Groups. For each possible Test Outcome, the “Post Action” is specified as one of the following:

The form-based editor is appropriate for editing small Test Groups, or for making minor changes to Step sequencing in imported Test Description data. However, its use becomes cumbersome when editing large sequences with complex flow. For these situations, ATML Pad contains an optional graphical flowchart designer where the order of steps is specified graphically, in flowchart form. This feature is available in the "Designer Edition" and the "Complete Edition" of ATML Pad.

The operation of the graphical flowchart editor is similar to that of commonly-used flowchart drawing tools:

Similar to the form-based interface, the flowchart editor features on-line validation. Missing items, missing connections, and other design problems are displayed dynamically in the error list. This dynamic validation feature guides beginner users through the design process, helping them understand and apply the design rules. 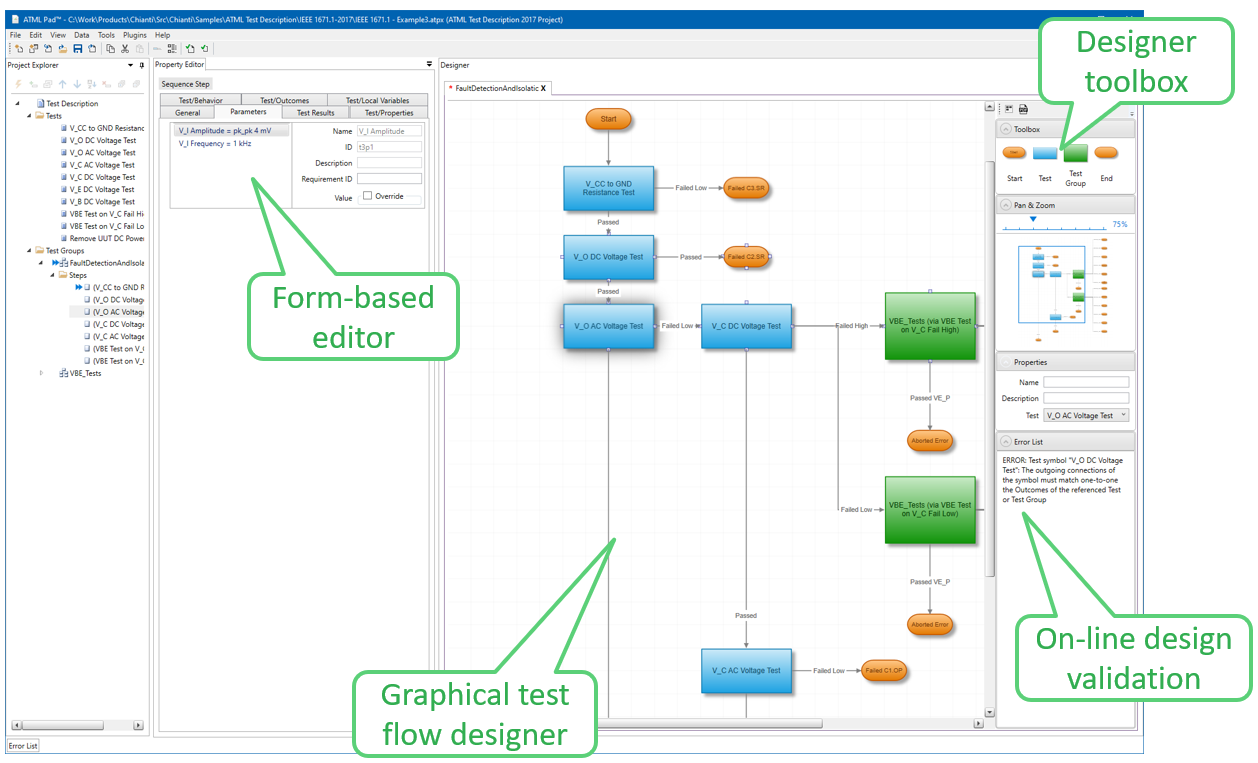 The graphical editor pane can be undocked and moved to a separate screen. 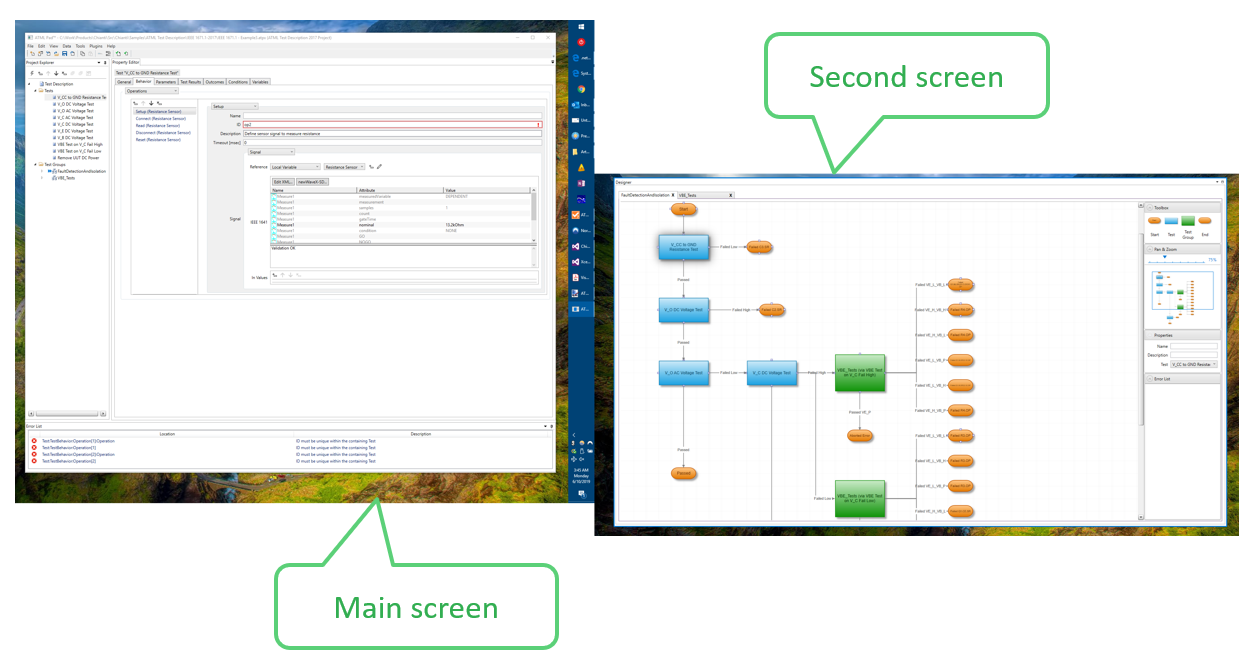 Additionally, the layout algorithm is applied automatically when a Test Group from an imported Test Description is opened in the flowchart designer for the first time. 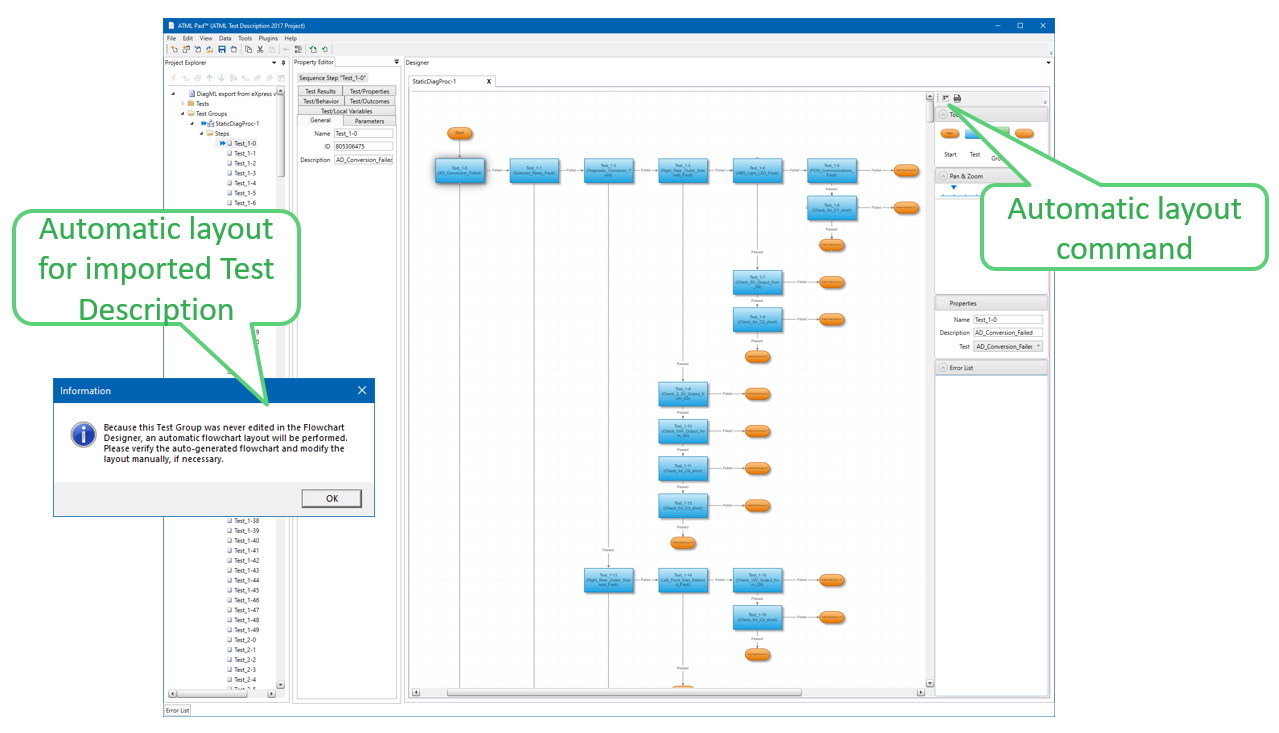 Flowcharts can be saved to PDF files and provided as documentation. 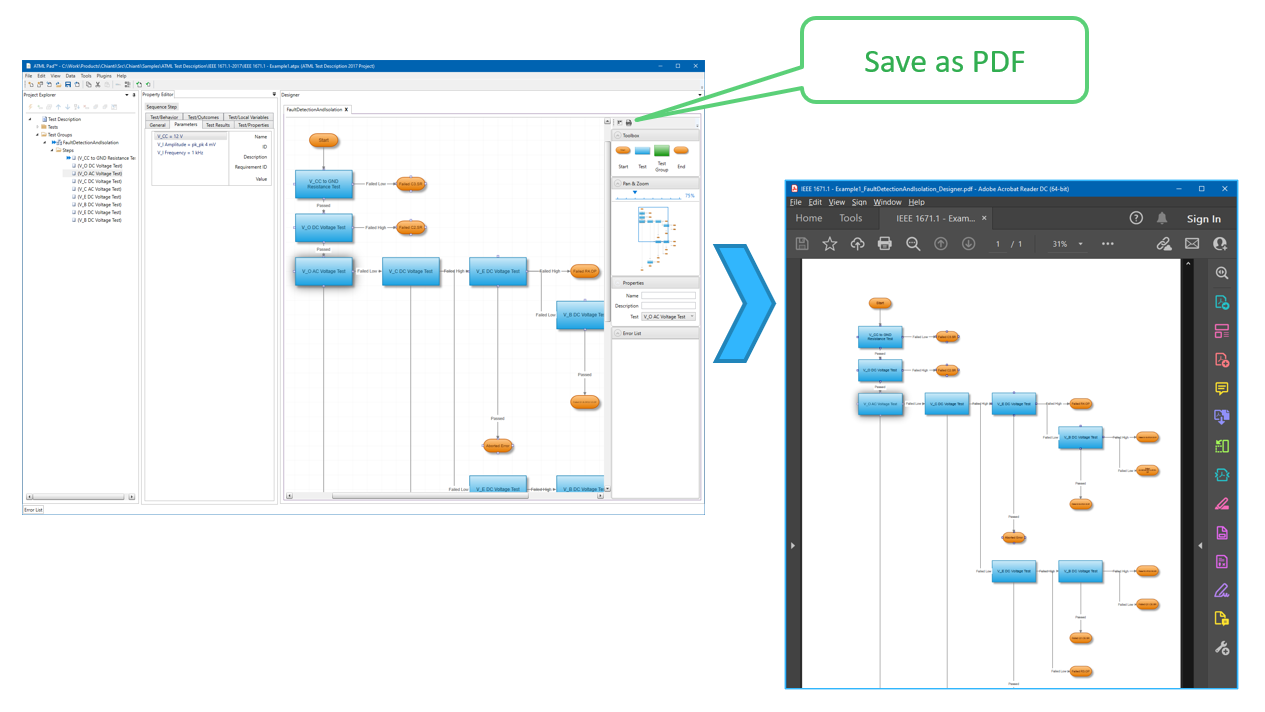